Written by Tim Jarvis
Updated over a week ago

Choosing a cover image is harder than it looks. Which one shot sums up your entire project? What gives your audience the best impression of what they’ll see after they’ve tapped through to your project? That’s just the very sharp end of a lot of important considerations that go into the perfect cover image.

Your cover image will normally be the first point of contact between your project and your viewer. Whether it comes from a link on Facebook or Twitter, or whether they’re following a link in your portfolio; this all-important image needs to be engaging, interesting, compelling, and it needs to look right wherever it appears. We examine the aspects of what makes a great cover image and we'll serve as your guide towards inner peace and harmony, at least as far as your portfolio is concerned.

The tips in this tutorial aren’t going to work for every project all of the time, but in most cases they’ll help. There will always be some cover images that work because they contradict the suggestions below. You know your work better than anyone so armed with these tips and your own experience go forth and make great cover images.

Your project is about something; it has a subject, even if that subject is abstract. Choose an image from your project that communicates what you want to say about it - what you want it to represent to the uninformed outsider. If you’re a photographer choose a shot that sums up your shoot or your collection. If you’re a filmmaker choose a still from your film that you think will engage your viewer to watch it, crop out the black bars if there are any (nothing detracts from what you’re trying to present more than black bars!).

If your subject is a person you’re normally best choosing an image that frames them (or their face) in the centre of the shot. If your subject’s face is clearly visible and relevant aim to keep their eyeline in the top half of the image. You may find that if people are the subject of most of your cover images then keeping their faces roughly the same size and scale or in roughly the same position across all of your cover images helps make project list pages look more coherent and tidy. 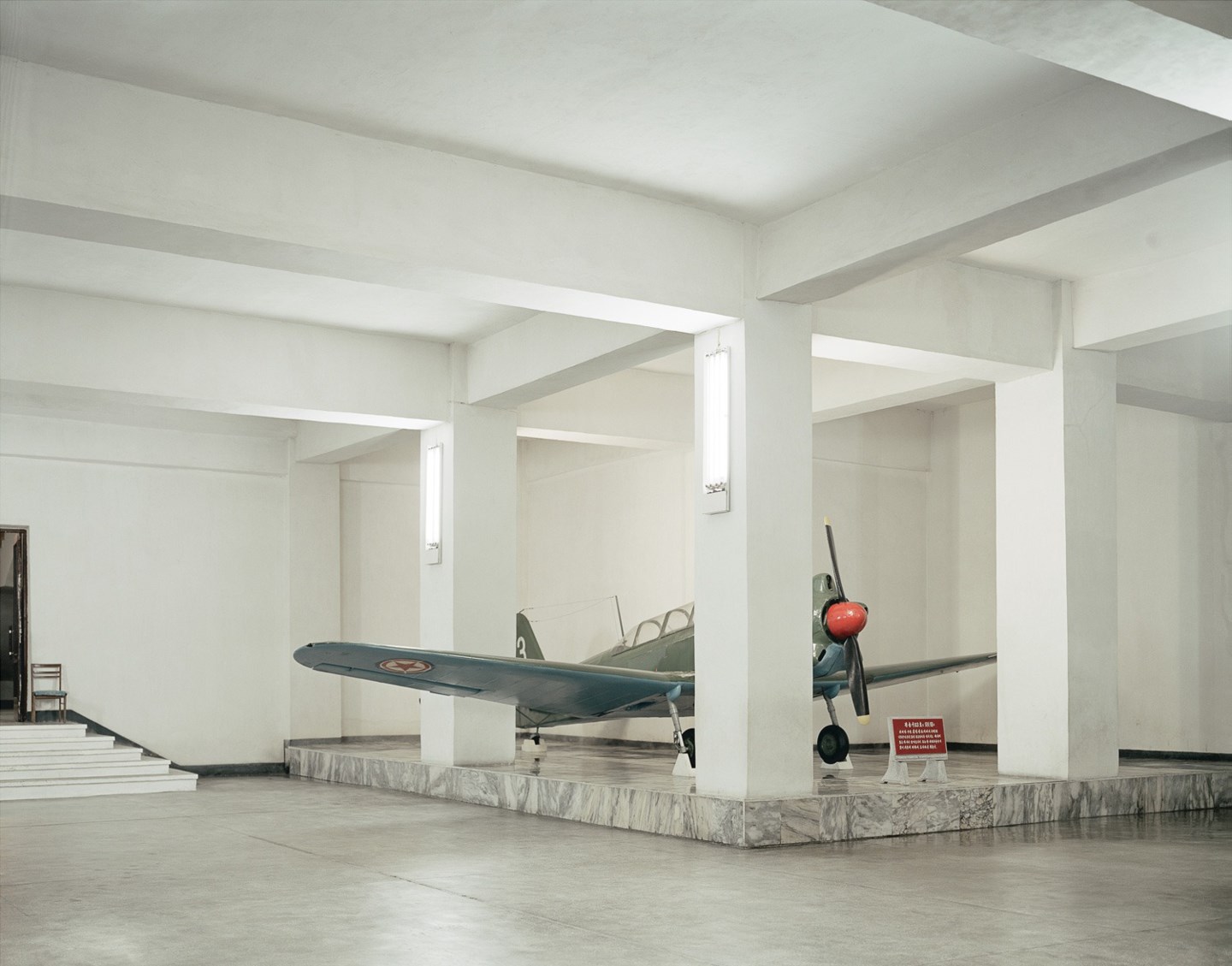 A subject can be used to entice your viewers to explore further. In some cases choosing a cover image with an unusual or interestingly-placed subject can actually be a good trick, but be mindful about how your cover images can be cropped on smaller screens or for different device types. More on that in the second part of this tutorial.

Many cameras and photo editors have built-in tools that will give you a rule of thirds overlay for your imagery. This can help in cropping an image or positioning your subject within it. When framing a photo you can divide the shot up into nine equally-sized rectangles by mentally drawing two lines to separate both the length, and the height of the photo into three parts. Think about what elements of the photo make it relevant and aim to position them at, or along the lines and intersections of the grid. They don't have to be perfect but if they're close you’ll normally end up with a balanced and interesting image. 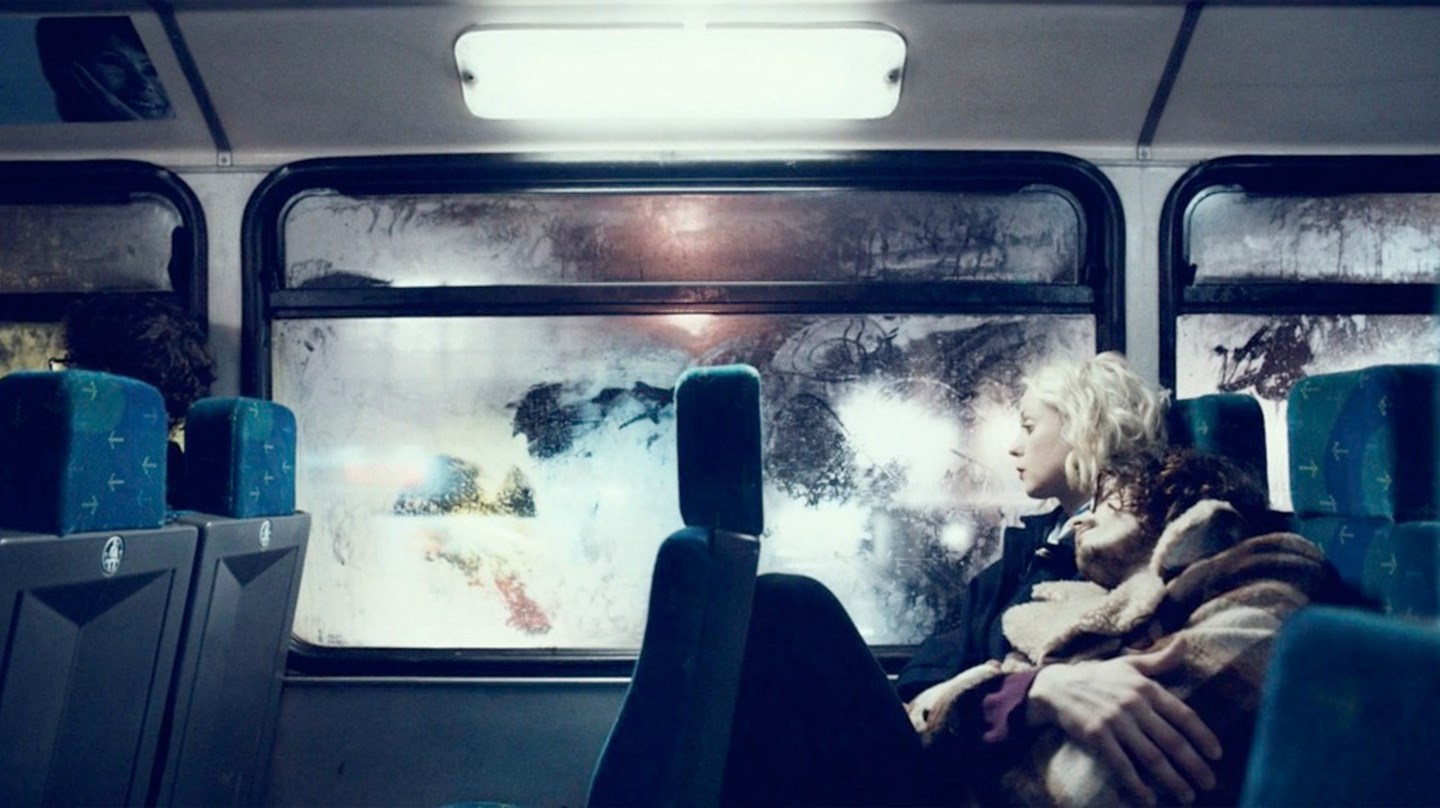 Looking back to the point made about faces in the Subject part of this tutorial; we’re naturally drawn to people's eyes so place them at one of the intersections on the rule of thirds grid to give the shot a clear focal point. Vertical subjects like the edges of buildings can split a photo in two, in much the same way as a horizon can do in a landscape photo. You can position them off-centre in your shot along one of the parallel lines to avoid this.

The rule of thirds won't work for every cover image, and sometimes breaking it can result in a much more engaging shot so experiment and test out different compositions even if they go against the rules above. Using the rule of thirds can help you think about how your shot appears to somebody who hasn’t seen it before by forcing you to analyse the elements and the image as a whole. The exercise is well worthwhile and you can be sure you're doing it in order to get a better composition.

In order to portray movement, context and the idea that the scene is bigger than just the part that you’re presenting to your viewer you need to give it space. If you’re showing a moving object try giving the image space for that subject to move into. This communicates a sense of energy and drama which can help make the cover image more engaging and can entice a viewer to tap through. 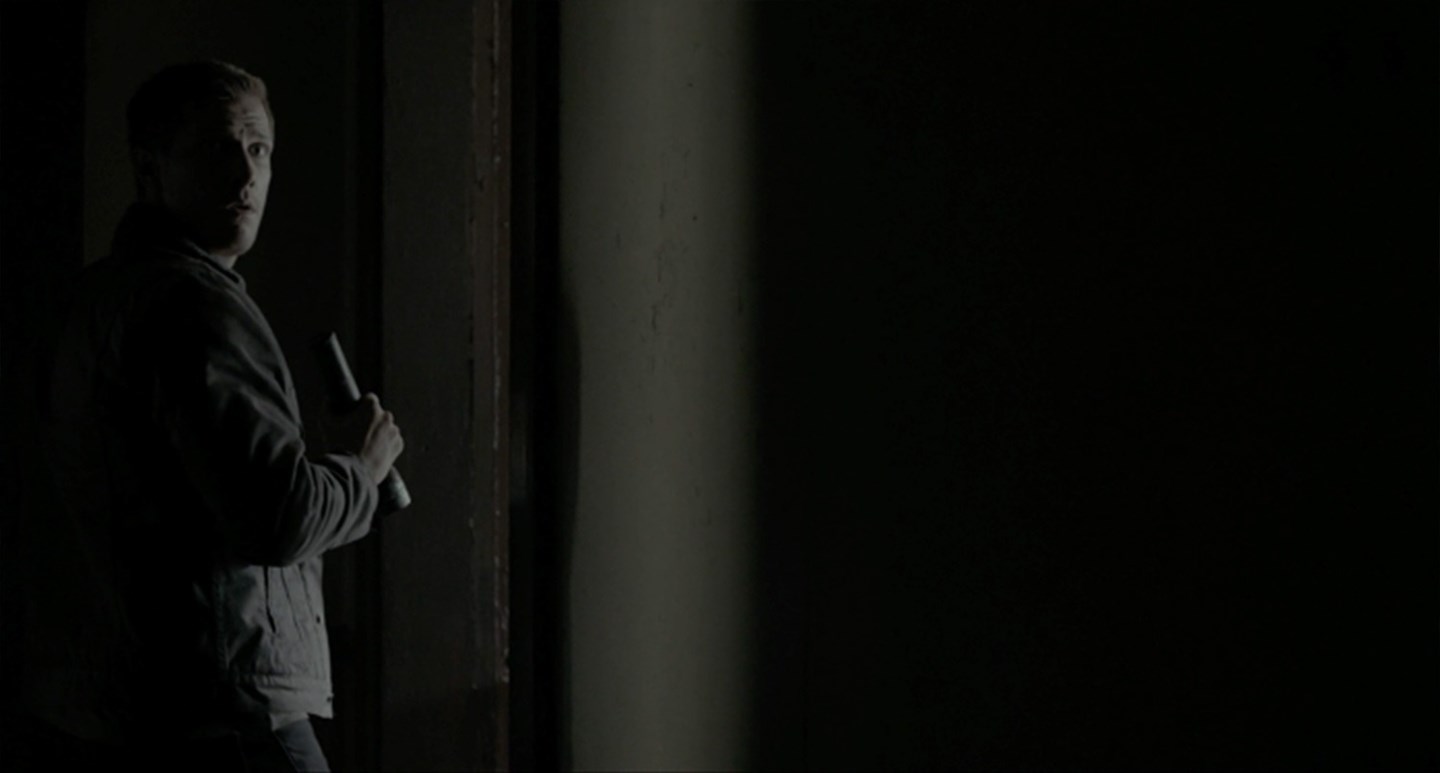 Conversely you can use the opposite to you advantage by showing a moving subject at the far side of the image in the direction they’re moving in. This creates a sense of calmness in the shot and in some cinematic projects this can be used to beautiful effect. 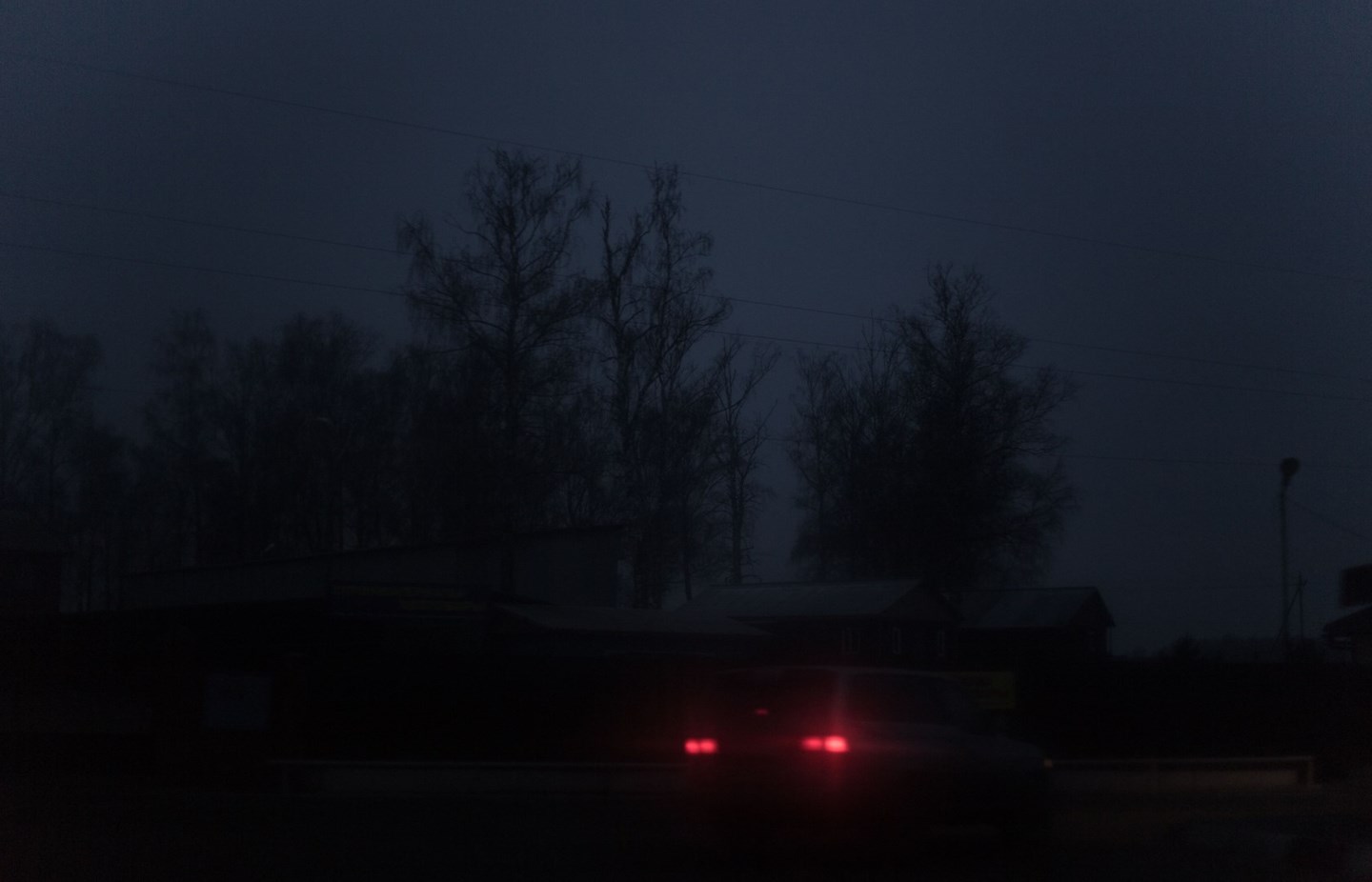 In cover images that feature a person as the subject you can create intrigue when they’re looking at (or reacting to) something not in the photo; leave space in the direction where they’re looking. This leads the viewer to wonder what’s just beyond the boundaries of the shot. This technique also borrows from the rule of thirds because in giving your subjects space they are normally placed in a third of the photo. For the adventurous amongst you there are opportunities here to extend a square or portrait photo into a landscape photo in your favourite photo editor.

Strictly-speaking the tone or tonal scale of an image refers to the different intensities of its colours and how they interrelate. The wider the tone of your image the larger the difference between it’s light and dark areas. In photography a high tonal scale results in a contrasted image and can be used to great effect in black and white images. In stylistic photography, often including fashion or lifestyle photography, and in graphic design, working with highly saturated, contrasted colour implies energy, or is used to inject urgency or to make the viewer take notice. In landscape or wide photography a low tonal range can make a photo feel more natural, calmer or atmospheric. 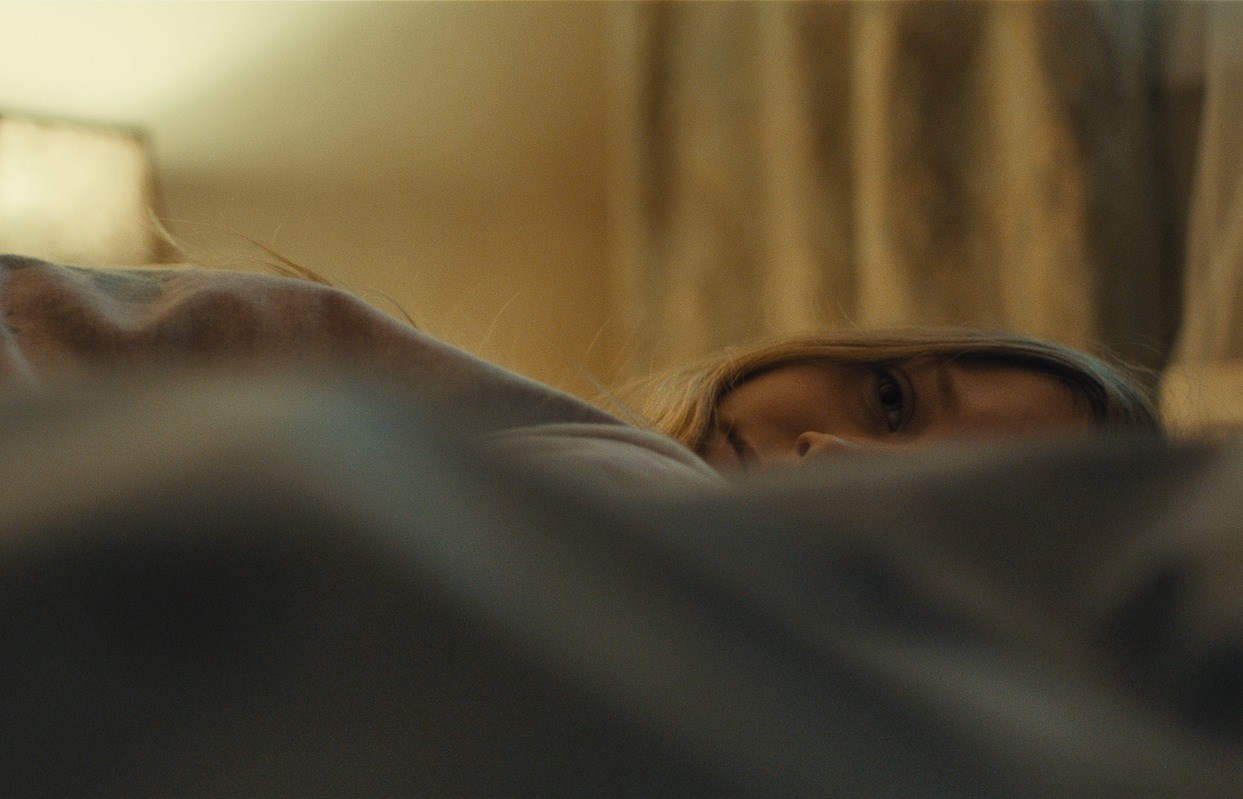 So tone can be expressed in terms of colour gamut as well as in the general brightness of your image; indeed colour grading is a very important field in photography and filmmaking for exactly this reason - as both the colour and the brightness can play such an important role in communicating a specific mood or feel for your project.

Choosing a cover image with a simple and close tone means that your image is more likely to sit better with other cover images on portfolio pages that list projects together. High tone works well to focus your subject against a background which is low in tone, so when choosing a photographic or cinematographic cover image you will normally benefit from keeping high tonal contrast to the middle of the image, or from using an image with a relatively small tonal range throughout. 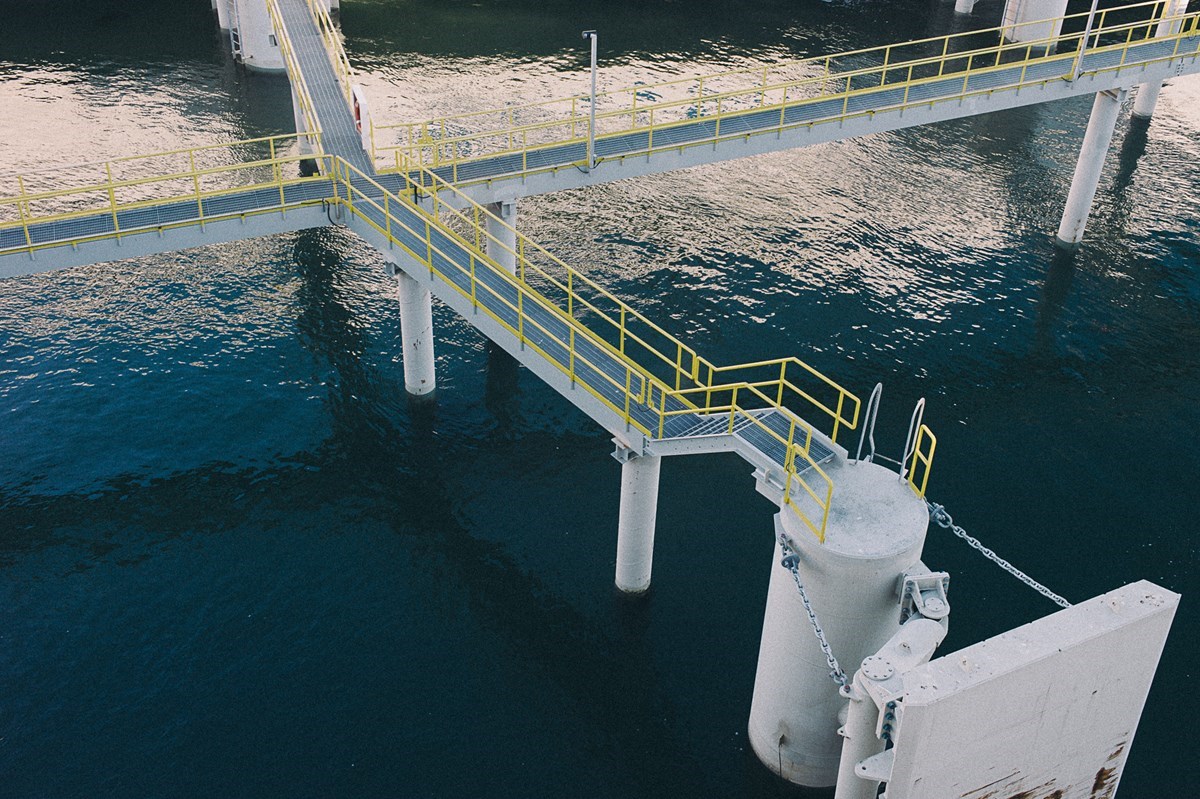 Cinematic imagery is generally darker than it is light, whereas graphic imagery is generally higher in contrast and more likely to use strong, fully-saturated colours. If you’re a filmmaker or a photographer that favours dramatic, emotional, expansive or subdued moods for your projects your may benefit from making your theme dark or black and using white text. If you’re a graphic designer, you produce fashion, lifestyle or product imagery your work may well be tonally light and likely to feature highly contrasted subjects and you may benefit from a light or white background and black text for your theme.

Keeping things simple can lead to a great cover image. Look for uncomplicated, constant or tonally close backgrounds and try to focus on keeping extraneous objects out of the picture that may draw attention away from your subject. If you can reduce the elements of the scene so that everything visible helps support the theme of your project then you’ll find that the shot becomes simpler to understand and more closely resembles the ideas in your project to a new viewer. 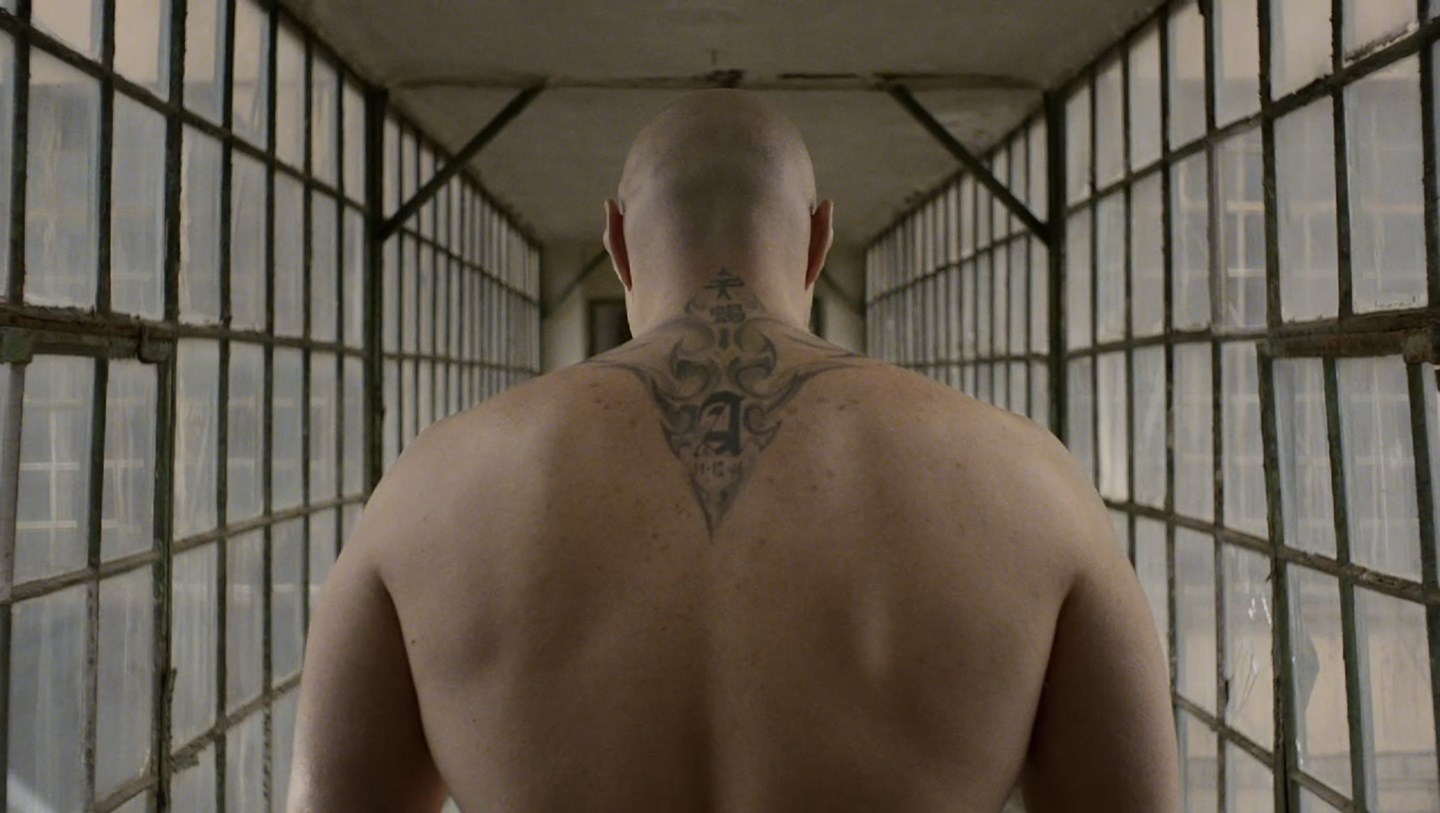 Similarly symmetry can be used to further reduce the complexity of imagery and can be very helpful in creating a cover image that will be used underneath text. We’ll explore text and imagery in there second part of this tutorial more fully. Symmetry suggests a sense of unanimity and harmony. Symmetry can be either vertical; in which the left and right halves will be symmetrical - or horizontal; in which the top and bottom halves will be symmetrical.

Symmetry is easiest to create in the shapes of objects and in reflections. Reflection in water is a good way to find horizontal symmetry. Similarly, a shape of an evenly balanced object can display vertical symmetry very easily. Buildings, landscapes and corridors are good subjects for vertical symmetry.

Cover images often work best together when individually they convey a sense of space. Simplicity, tone and carefully choosing and placing subjects will result in a more cohesive and engaging portfolio for your viewers. Use these techniques to give your portfolio a sense of harmony and a voice of its own which can only belong to you.

In the second part of this tutorial we cover some of the technical considerations in using a cover image on different types devices and with text overlays.

Did this answer your question?